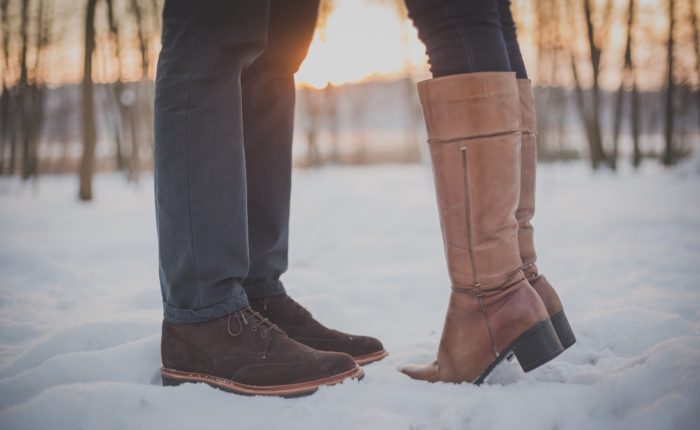 Does your height play a part in how successful you are? I know, the idea sounds a bit far-fetched, though according to a 2016 research study, individuals 5″7 and under have a higher chance of being less successful in life.

This is not to knock those on the shorter side (there have been numerous leaders whose height was below typical standards) but when I read on this random stat I couldn’t help but think about Cinqe’s team and how a majority of us are on the ultra-tall (at least taller than the 5”4 average woman’s) spectrum.

Melissa and Erica are about 5”10 and I stand at exactly 6”0 (Katy is on the shorter side).

Society has always painted the picture, primarily in the modeling industry and entertainment industry, that part of being an ideal “beautiful person” is being tall and skinny. I don’t agree with those cookie-cutter standards of beauty by far; we have so many attractive clients who are shorter than 5”7, some even going down to 5 feet. I found that taller prospective clients (especially taller women), do tend to want to work with us over other matchmaking services simply because our team is made up of taller women who understand how height plays a part in dating issues.

As a taller woman, finding a partner that isn’t an awkward height in comparison to you can add to the dating difficulties and can be pretty frustrating. Likewise, in most situations, people feel a bit more comfortable talking with and doing business with individuals who get where they’re coming from and have dealt with the same frustrations themselves.

So how does that weigh in and connect to success? Are tall people really “more successful”?

The American Psychological Association (APA), based on a 2004 survey, found that the taller you are, the more money you’re likely to make. Someone who is about 6”0 tall would be expected to earn at least $166,000 more in a 30-year span than someone who is 5”5 (regardless of gender).

We all have an image of what a leader is “supposed” to look like in our minds. We don’t necessarily knock an intelligent doctor, psychologist or CEO for being on the shorter side, though when we envision the physical appearance of a “perfect leader,” they’re usually on the taller spectrum. The fact that a good portion of Fortune 500 CEOs is taller than the average man (5”10) and stand at least 6”2 further adds to this point.

As it goes with dating, especially for men, it’s always taken as a negative when a woman says “Oh, he’s too short,” regardless of the woman’s height. From an evolutionary standpoint, being tall is subjected with being strong, fast and able to defend your family and yourself against any possible threat. Practically speaking, being tall doesn’t always equal being the strongest and most resilient, however, for some women, the idea still sticks.

A good portion of our clientele is above 5″6 and height is a standard that many of them are unwilling to compromise on very often (women mostly always want someone taller or equal to their height).
Regardless of gender, it appears that standing at a taller perspective, literally, truly works in favor.
PrevNext