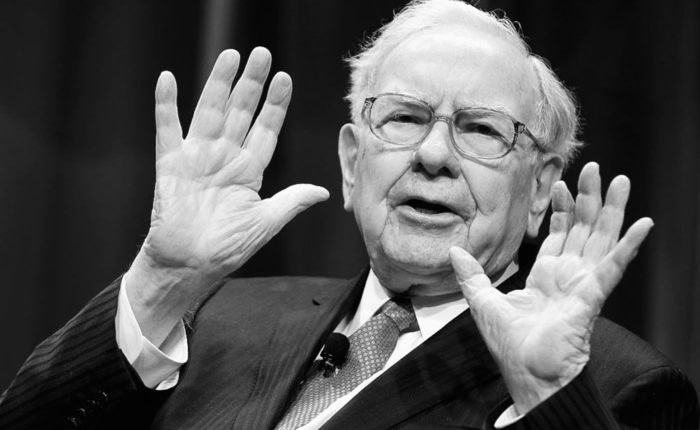 Berkshire Hathaway CEO Warren Buffett believes that making money means nothing without having another person, such as a spouse, to share the wealth with, according to a recent interview with Forbes.

“It’s much more fun achieving things in life with a partner, there’s no question about it,” Buffett, 87, recently told the magazine. “It’s really a huge advantage from a personal standpoint to have a wonderful partner.”

Warren Buffett (L), chairman and CEO of Berkshire Hathaway, arrives with his first wife Susan at the White House for a state dinner on Feb. 5th, 1998.Chris Kleponis | Getty Images

“That’s true obviously in marriage, I mean that’s the most important decision that you make,” he added. “Who you marry, which is the ultimate partnership, is enormously important in determining the happiness in your life and your success and I was lucky in that respect.”

And there is scientific research to back up Buffett’s advice. A study published by Carnegie Mellon University found that people with supportive spouses are “more likely to give themselves the chance to succeed.”

Who you marry, which is the ultimate partnership, is enormously important in determining the happiness in your life and your success.

Buffett told Forbes that his first wife Susan Buffett was one of his “greatest teachers, ” along with his late father Howard and late mentor Benjamin Graham.

“The most important person by far in that respect is your spouse,” said Buffett in a conversation with Bill Gates earlier this year. “I can’t overemphasize how important that is.”

Buffett and Susan were married until Susan passed away in 2004. Notably, she was the 17th richest woman in the world, worked as a director for Berkshire Hathaway and served as the Buffett Foundation’s president.

Buffett remarried in 2006 when he wed longtime friend Astrid Menks.

“There were two turning points in my life,” Buffett said in the HBO documentary “Becoming Warren Buffett. ” “One when I came out of the womb and one when I met Susie,” as he called Susan.

The two met when Susan was going to be rooming with Buffett’s youngest sister as a college student at Northwestern University, she says in an old video clip shared in the documentary.

“So I walk into their house, [Warren] was sitting in this chair and he made some sarcastic quip,” she recalled. “So I made one back. I thought, ‘Who is this jerk?’”

Buffett told Forbes that Susan taught him a lot about investing. He also credits Susan with teaching him to open himself up to the world emotionally.

“I just got very, very, very lucky. I was a lopsided person,” Buffett said in the documentary. “And it took a while, but she just stood there with a little watering can and just nourished me along and changed me.”

Though you may not have a choice in determining how you were born and raised, Buffett said, “you have something to say about who you marry.”

If you are single, or know someone who is, please have them join our elite network at https://www.cinqe.com